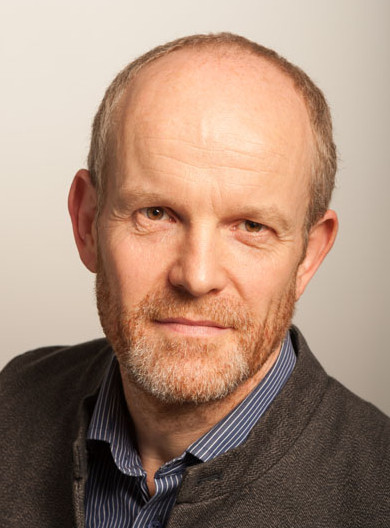 Andrew Simms is an author, analyst and co-founder of the New Weather Institute.

He trained at the London School of Economics and was described by New Scientist Magazine as, ‘a master at joined-up progressive thinking.’ The Independent newspaper listed him as one of the UK’s top 100 environmentalists and London’s Evening Standard included him in their Power 1000 as one of the capital’s most influential people.

He is a research associate at the Centre for Global Political Economy, University of Sussex, and a fellow of the New Economics Foundation (NEF), where he was policy director for over a decade. During that time he founded NEF’s work on climate change, energy and interdependence, and ran their programme on local economies coining the term ‘clone towns’ to describe the homogenisation of high streets by chain stores.
He wrote the book Tescopoly on Tesco’s dominance of the grocery market, co-authored the Green New Deal, and devised the concept of ‘ecological debt day’ to illustrate when in the year we begin living beyond our environmental means.

He was one of the original organisers of the Jubilee 2000 campaign to cancel poor country debt. His latest book Cancel the Apocalypse: the New Path to Prosperity is manifesto of new economic possibilities.

What drives us to extremes? How do humans and animals co-exist in myriad landscapes? How does exploration in the 21st century compare with the impulses that moved explorers such as Alexander von Humboldt?