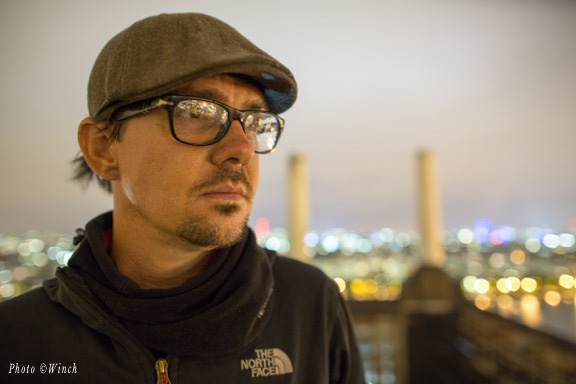 Bradley L. Garrett is a social geographer at the University of Southampton. After a brief career as an archaeologist for the United States Bureau of Land Management, he moved to London in 2008 and began sneaking into lost, forgotten and off-limits places in the city, photographing them, and sharing them with the public. His first book, Explore Everything: Place-Hacking the City (Verso Books 2013), is an account of his adventures trespassing into ruins, tunnels and skyscrapers in eight different countries. This book has been translated into Korean and Japanese and is currently being scripted into a feature-length film in Los Angeles.

In 2014, he published Subterranean London: Cracking the Capital (Prestel Publishing), a photographic dissection of what lies underneath the streets of London, layer by layer. 2016 marks the release of the final book in his urban exploration triptych; London Rising: Illicit Photos from the City’s Heights (Prestel Publishing), which documents the social, infrastructural and corporate verticalities of the city.

11:00 Running riot in the urban landscape