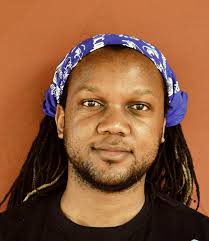 Tendai Huchu’s first novel The Hairdresser of Harare was released in 2010 to critical acclaim, and has been translated into several languages.  His multi-genre short stories and nonfiction have appeared in the Manchester Review, Interzone, Space and Time Magazine, Ellery Queen Mystery Magazine, The Africa Report, Wasafiri and elsewhere.

He is currently associate fantasy editor for the SF mag Cosmic Roots and Eldritch Shores, and is pursuing a creative writing PhD with a focus on the Historical Novel at Manchester University. Between projects, he translates fiction between the Shona and English languages.

His new novel is The Maestro, The Magistrate & The Mathematician.  Find him @TendaiHuchu or on www.tendaihuchu.com.

12:00 Landscape and atmosphere – the fiction section

Will Cohu and Tendai Huchu

Will scrutinises ordinary working lives in his most recent novel and Tendai wonders why we mention landscape at all given the novel’s interiority; they are joined by award-winning Sarah Hall whose novel The Wolf Border takes us into a more violent wilderness.